About 187 Nigerians were returned from South Africa 12 September 2019, now here comes another 158 repatriated from Libya.

However, the continuation of the ongoing International Organisation for Migration exercise in conjunction with the European Union. Among the deportees were eight pregnant women and seven minor medical cases. 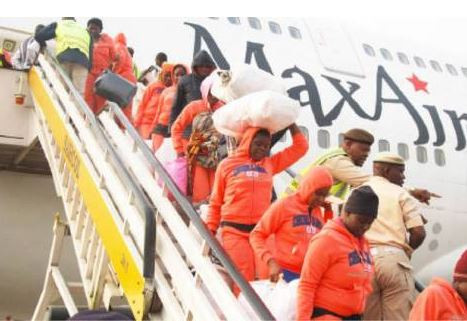 The returnees from Libya arrived the country through the Murtala Muhammed International Airport, Lagos, at 12:55am on Thursday and were received at the airport by officials of the National Emergency Management Agency.

Head, NEMA Lagos Territorial Office, Alhaji Idris Abubakar, appealed to the returnees not to go back to the North African country again, stressing that they could travel out of the country through the right channels. The returnees were brought back in a chartered flight, Al Buraq Air, which landed at the Cargo Wing of MMIA.