The Head of Service of the Federation Winifred Oyo-Ita has been asked to proceed on indefinite leave by President Muhammadu Buhari and immediately announced Mrs. Folasade Yemi-Esan as an acting successor.

Yemi-Esan, until her appointment was the Permanent Secretary, Ministry of Petroleum Resources.

Oyo-Ita, has been directed to proceed on an indefinite leave to allow conclusion of the investigation being carried out by EFCC. Oyo-Ita is currently being investigated by the anti-graft agency for alleged N3 billion contract scam. She is also being investigated for alleged abuse of duty tour allowance, money laundering and alleged theft of government funds.

She was appointed as the head of the civil service of the federation in an acting capacity in October 2015 and confirmed in January 2016 by President Buhari. 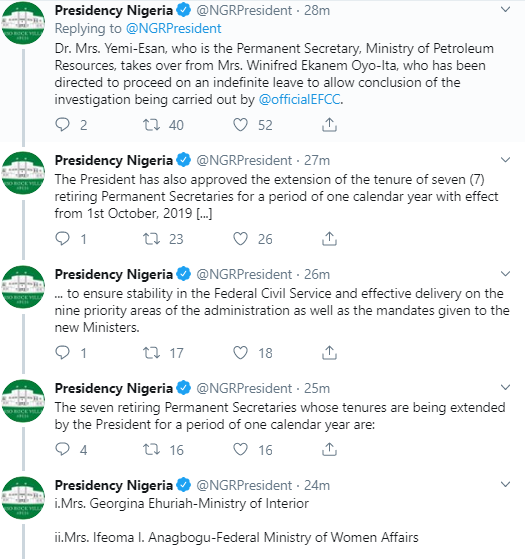 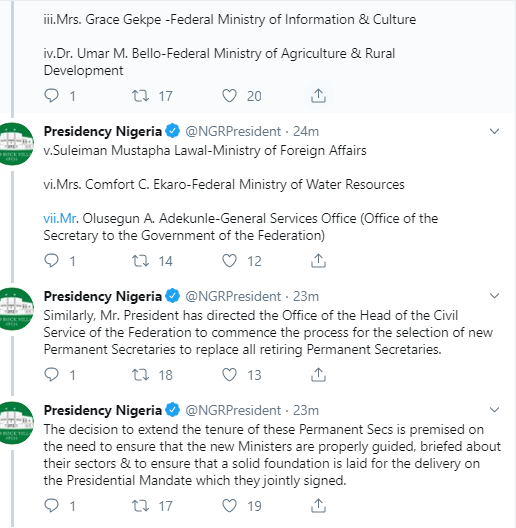